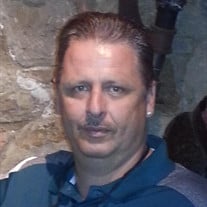 Timothy N. Hicks “Tim” October 24, 1968 – September 1, 2021 Tim Hicks passed away Wednesday, September 1st 2021 at Palms West Hospital, after he lost his fight with Covid 19. He is survived by his loving wife, of 23 years, Christine “Chris.” His daughter, Stephanie, her husband, Raymond, and their two children Alanna and Arlo. His son, Anthony, his wife, Karina and their four children Cassie, Agnar, Juliette, Yeshua. Tim resided in Wellington, Florida but was originally from Kentucky where he is survived by extended family and friends. Tim was an All-Star athlete while attending Ballard Memorial High School in Kentucky. He lettered in Baseball, Basketball, and Football at the Varsity level all four years in High School. Later, Tim spent over 20 years coaching; Suncoast High School Football, Jupiter Christian High School Football, Pop Warner Football, JTAA Baseball and Softball, JTAA Girls and Boys Basketball, Boys Travel Basketball. After moving to Wellington, Tim also coached Basketball at St. Peter’s Upward programs and Wellington Recreational Basketball leagues. Tim was an avid Raider fan and made sure everyone knew it. He loved to play Golf. He was on several Golf Leagues and was known as “The Big Boy who Hits the ball a long way.” Tim leaves behind many beloved friends and family within the golfing community. Tim served his country in the U.S. Army, from 1987 as a “Military Police,” stationed in Panama. He was Honorably Discharged in 1995. Tim was in the utility construction business for many, many years and his loss will be felt through-out the communications construction community. He was known for being a “great friend” to all he met and always went overboard to help a friend out. Due to the Covid pandemic a Celebration of his Life will be postponed to a later date.

The family of Timothy Neal Hicks created this Life Tributes page to make it easy to share your memories.