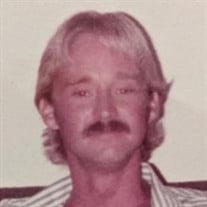 Ronald Scott Tyrrell was born on September 9th, 1957 in Annapolis, MD to parents Fred and Virginia. Since his birth took place in Maryland only because of his father’s service in the U.S. Air Force, it wasn’t long before his parents chose to move with him to South Florida where they could be closer to his grandparents. Lovingly known as Ronnie to his immediate family and childhood friends, his early years in South Florida were spent enjoying all of the fun of the sun and water. Some of his favorite activities included swimming, fishing, boating, and snorkeling. By the age of ten, his now growing family had settled in North Central Florida, where Ron attended grade school and high school in Gainesville. Even though he found himself in the center of the state, he still enjoyed the water as member of a local Olympic style diving team, snorkeling the many Central Florida springs, and surfing at Crescent Beach whenever he could find the opportunity. Having always been artistically inclined and very skilled with his hands, as a young man Ron chose to hone his carpenter skills by working together with his father building homes and new developments. In time, this eventually led to his exciting decision to move to the mountains of North Carolina, where he obtained his own contractor’s license and spent many enjoyable years successfully building beautiful custom homes. Ron passed away unexpectedly at his home in Wellington, FL on October 8th, 2020, from health complications following a surgery. He was 63 years old. He is survived by his sisters Cathy, Petra, and Jennifer, his brothers David and Robert, nine nephews, and three nieces. He is preceded in death by his parents, his daughter Kelly Mae, and his wife Wanda. Services are private and will be for the immediate family. In lieu of flowers and cards, the family is asking that donations be made to ‘Meals on Wheels America’ at www.mealsonwheelsamerica.org.

Ronald Scott Tyrrell was born on September 9th, 1957 in Annapolis, MD to parents Fred and Virginia. Since his birth took place in Maryland only because of his father&#8217;s service in the U.S. Air Force, it wasn&#8217;t long before his parents... View Obituary & Service Information

The family of Ronald Scott Tyrrell created this Life Tributes page to make it easy to share your memories.

Ronald Scott Tyrrell was born on September 9th, 1957 in Annapolis,...