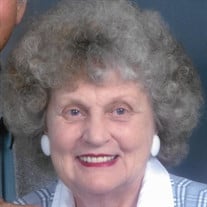 Joan Marie Litz Keith – Born December 3, 1931 Hammond, Indiana, died peacefully at her home (2405 Windjammer Way), with family present, on December 5, 2020 West Palm Beach, Florida. She died 2 days after her 89th birthday at 4:43 in the afternoon. Interred at Lake Worth Memory Gardens, 3041 Kirk Road, Lake Worth, Florida, next to her husband Richard (Dick) Harold Keith, who preceded her in death on 8/15/2010, at 81 years old & he was born on November 24, 1928 . They were married on February 11, 1950, for 60 years of marriage. She was the only child of father, Fred Charles Litz, (Born 8/16/1907 in Calumet City, Illinois. Died in West Palm Beach, Florida 4/2/1999) & mother, Crystaline Banner Litz (Born 10/21/1913 in Kokomo, Indiana. Died in West Palm Beach, Florida 1/11/2005), both are also interred at Lake Worth Memory Gardens in Lake Worth, Florida. She is survived by five children, Terry Lee Keith, Connie Lynn Keith, Roger Allen Keith, Jeffery Scott Keith, & Glen Leroy Keith, along with 11 grandkids & 15 great grandkids. She grew up in Hammond Indiana and graduated High School at Hammond High. Joan was a loving, devoted, tireless wife & mother, with a cloudless smile. She was known for her great cooking and her high pitched voice, which telemarketers often mistook her for a child and asked to speak to her mother. She was a missionary serving with her husband in Peru, South America for approximately 32 years. Dick & Joan founded the first Christian FM Radio Station (Radio Maranatha) in Pucallpa, Peru, which has now been on the air ministering for approximately 40 years and first aired on January 31, 1981. She faithfully taught Sunday School or other classes for women & children, and started teaching, at Hessville Baptist Church, in Hessville, Indiana, when she was age 16 and taught continuously until age 85. As an only child, Joan & her husband Dick, returned from Peru in 1989, to care for her aging parents, who they had move in with them in West Palm Beach and cared for them there until their passing. At the time of her death, she was attending Grace Fellowship at 8350 Okeechobee Blvd. West Palm Beach, FL. She was known by all who knew her, for her sweet, kind, fun loving nature. Funeral arrangements handled by: Palms West Funeral Home 110 Business Parkway Royal Palm Beach, Florida 33411 561-753-6004

The family of Joan Marie Keith created this Life Tributes page to make it easy to share your memories.