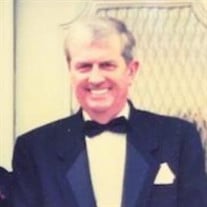 On January 5 2022, Jay L. Mack passed away peacefully at home having spent time with each of his children in his last days. Born in 1933 to Eddie and Marion Mack and into a legacy of dance, he was raised in Port Jervis, New York beside his two brothers Edward and Gene. After high school, he served in the army and was honorably discharged as a sergeant in 1955. He continued as a dance instructor and while enjoying a job as a social director at the Sagamore, he met the love of his life, Jacqueline Masson and they married in 1956. They settled into a home in Matamoras, Pennsylvania and raised three children Jay, Suzette and Paul. Jay devoted his life to dance but occasionally ventured into other fields owning a dry cleaner, a bar/disco, selling real estate and insurance and even acting as a golf pro! Though he enjoyed success in these, he always circled back to his passion and true gifting, dance. He specialized in tap dancing but taught all forms of dance including ballet, jazz, acrobatic, ballroom, disco, country and even offered a variety of exercise classes as the fads came and went. He had an in-home studio and also traveled weekly to New York City where he taught tap to instructors and Broadway bound children. Jay had a heart for those in need, those in trouble and those who were vulnerable with special needs. Many people brought their children to him knowing he had great success with children struggling with physical, emotional and intellectual issues. He had a way of connecting with and helping them move beyond what others believed possible. Outside of his studio, he advocated for them with the school system, their doctors, their families and often helped them receive specialized training and obtain employment. His heart of service was also reflected through his participation in The Lions Club, The Elks, The Salvation Army, The Cub Scouts, the Catholic Church and The American Legion. The honors, accolades and awards he earned in these arenas are too plentiful to list. Jay was well loved and well known. Even when in an airport or foreign city someone would inevitably shout out “Hey, Jay Mack!” and fun would ensue. Jay was a man of great integrity who could be depended on to tell the truth albeit not always in a soft and fuzzy way. He was not easily swayed and knew when something wasn't right. He also sensed what was going on within people and could engage with them on a deeper level whether they were a friend or a stranger. Jay was a devoted husband, proud of his wife’s successful career. Eventually they retired to Florida where they enjoyed their children and grandchildren, traveled and socialized with friends. As Jackie endured a long battle with Alzheimer's disease, Jay remained ever loyal by her side until her death in October of 2020. Jay is survived by his brothers Eddie Mack(wife Danielle) and Gene Mack (wife Carmen), his children, Jay E. Mack (wife Irene), Suzette Le Parc (wife Trish), Paul Mack (wife Patty), his grandchildren Tiffany Mack Hafler (husband Josh) Alexandra Mack, Michael and Robbie Le Parc, Nicole, Hunter and Alexa Mack and his great-grandchildren Annabelle and Lillian Hafler, and Jay Le Parc. He also leaves behind beloved nephews and nieces throughout the country. Due to the pandemic, no public services will be held. We, his family, request that if you are a family member, friend, ex-dance student or parent of one or just a fan, please share a story or remembrance here on this site to evidence the incredible life he lived! If it is your preference to make a monetary donation, please do so with the Alzheimer’s association.

On January 5 2022, Jay L. Mack passed away peacefully at home having spent time with each of his children in his last days. Born in 1933 to Eddie and Marion Mack and into a legacy of dance, he was raised in Port Jervis, New York beside his two... View Obituary & Service Information

The family of Jay L. Mack created this Life Tributes page to make it easy to share your memories.