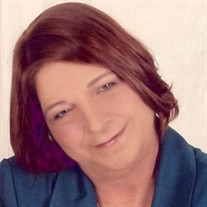 Tona-Lee Carter, age 72, of Lake Worth, Florida, passed away peacefully on December 08, 2019 after an extended illness. Mrs. Carter was born on October 15, 2019 to the late Laura June (Ayers) and Glover James Miles in Meadville, Pennsylvania. She moved to Florida when she was 9 years old with her mom, (step)father, Carl Cornell, and her brother. She attended Seacreast High School. She married the love of her life, the late Rodney Nelson Carter, in 1968 and together they raised 4 children. She attended South Technical Education Center in 1977, graduating with a Licensed Practical Nurse Certification. She was proud to be a nurse and obtained her Associates Degree in Nursing as a Registered Nurse at Palm Beach Community College. During her career as a nurse, she worked in a variety of areas including, hospital, long-term care, administration, and academia. She mostly enjoyed her job as a nursing instructor where she was able to pass on her love of nursing to others. She retired her nursing career in 2007 and moved to Myrtle Beach, South Carolina where she was the co-owner of a small deli style restaurant. However, she missed her family terribly and decided, in 2012, to return to South Florida and settled in the Lake Worth area. Mrs. Carter loved to spend time with her family, especially her grandchildren, and more recently her great-grandchildren. She was an avid needle point sewer and spent several hours making items for those she loved. She is preceded in death by her parents, her loving husband of 34 years, Rodney, her brothers, Reginald and Daniel Cornell, Sister Autumn and her first grandchild, Heaven Leigh. She leaves to cherish her wonderful memories: brothers, Robert (Lesa) Cornell of VA, and Michael (Carol) Cornell of PA, sisters, Kim (Tim) Gillette, and Brandi Cornell, both of PA, three sons, Timothy Gruver of West Palm Beach, , Rodney Carter of Loxahatchee, Daniel (MaryAnn) Carter, of West Palm Beach, one daughter, Susen (Napolean) Nealy of Port Saint Lucie, 3 grandsons, 2 granddaughters, 6 great-grandchildren, and a host of nieces, nephews, cousins, friends, and friends who became family.

Tona-Lee Carter, age 72, of Lake Worth, Florida, passed away peacefully on December 08, 2019 after an extended illness. Mrs. Carter was born on October 15, 2019 to the late Laura June (Ayers) and Glover James Miles in Meadville, Pennsylvania.... View Obituary & Service Information

The family of Tona-Lee Carter created this Life Tributes page to make it easy to share your memories.