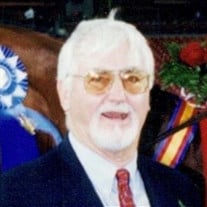 Thomas Domencich, an entrepreneur, economist and investor on the forefront of the cellular industry passed away peacefully on June 20, 2020. He was 87. After living many years in Hobe Sound, Tom was a resident of Wellington, FL and is survived by his spouse Nephele Wing Domencich and his daughter Schuyler Riley as well as his siblings Sue Dolinar and Jack Domencich. Tom’s brother Don Domencich passed away in 2017. Tom had been active in many aspects of the wireless communications industry focusing on the cellular telephone industry. He was part of the initial FCC lottery that launched the cell phone industry. Tom subsequently became an investor and at one time owned interests in approximately 40 cellular systems. Tom was one of the original investors in Nextel. In addition he founded Milliwave, LP, a nationwide broadband wireless carrier, which was sold after only two years to a competing carrier for millions in cash and stock. Tom was an economist by profession. He began his career as a consultant with Arthur D. Little, Inc. and then moved to Charles River Associates. Tom was involved with many important works on Transportation and Economics in Washington D.C. He co-wrote much of the deregulation for Transportation in the U.S under the Nixon Administration. In probably his most well known work, Tom co-authored a book with Daniel McFadden called “Urban Travel Demand” which has been cited over 100 times from the publishing date of 1975 up through 2018 which proves the work to have withstood the test of time. Tom was born April 6, 1933 in West Allis, Wisconsin to Anthony and Dorothy (Sheahan) Domencich just outside of Milwaukee. He graduated from Ripon College in 1955 with a degree in Economics. The value of education was high on Toms list and he paid tribute to that by serving as a Trustee on the Board at Ripon College for many years. He was also on the Board of Overseers of the Tufts Graduate School of Engineering. Tom attended graduate school at the University of Indiana and the University of Chicago where he received his Masters in Economics. No stranger to adventure, Tom traveled and lived the world. He would pack up his wife and daughter and travel through Europe for weeks. From renting a condo on the beach in Portugal to the streets of Paris, Tom loved all the experiences that life had to offer. Having lived many years in Middlesex VT, Tom was an avid skier and loved sailing. He passed on his passion for outdoor life to his daughter Schuyler who has become a world class equestrian. Tom always encouraged people to love what you do and do what you love. His unconditional love of his family drove him to support the passions of those close to him. Tom and his wife Nephele created an unique Equestrian estate in Stockton NJ. In the past ten years, Tom loved the opportunity to give “the tour” to a fresh face in his golf car around the horse farm. His daughter Schuyler has achieved multiple accolades in the Equestrian world and continues a successful career and business today in large part due to her father’s support. Tom believed in giving back and passed on to his family a philanthropic heart. Having lived a modest life and made good fortune Tom always chose to support those organizations who work to improve the lives of other creatures both two legged and four. He created the Thomas and Nephele Wing Domencich Foundation in order to fund annual gifts to organizations that were close to his heart. Both Nephele and Schuyler will continue to manage this fund in his honor. Anyone who wishes to commemorate and celebrate the life of Tom Domencich is asked to send a donation in his name to any of the organizations listed below. Friends and family of Tom remember him as honest smart and generous. In lieu of a funeral the family would like to hold a celebration of life in a few months when the world will allow us to safely gather in Milwaukee, WI. Anyone interested in sharing their memories of Tom Domencich and/or looking for further information regarding a celebration of life may email his daughter Schuyler at [email protected] Memorial Sloan Kettering https://giving.mskcc.org/donate-now [email protected] 866-815-9501 Hospital for Special Surgeries https://giving.hss.edu/ [email protected] 212.606.1196 New Bolton Veterinary Clinic https://giving.apps.upenn.edu/fund?program=VET&fund=630160 [email protected] 484-6537686 Joslin Center for Diabetes https://www.joslin.org/support-joslin [email protected] (617) 309-2412 Everglades Foundation https://evergladesfoundation.org/support-us/ways-to-give/ [email protected] 305-251-0001

Thomas Domencich, an entrepreneur, economist and investor on the forefront of the cellular industry passed away peacefully on June 20, 2020. He was 87. After living many years in Hobe Sound, Tom was a resident of Wellington, FL and is survived... View Obituary & Service Information

The family of Thomas A Domencich created this Life Tributes page to make it easy to share your memories.

Thomas Domencich, an entrepreneur, economist and investor on...