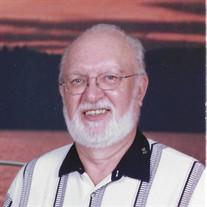 Theodore (Ted) Tomko of Royal Palm Beach, Florida, passed away June 25, 2021 after a long illness. He is survived by his two daughters, Barbara Searle of St. Augustine Beach, Laura Tomko of Royal Palm Beach, and his sister Mary Lou Fabich of Dade City. His wife, Jane Tomko preceded him in death on July 23, 2003. His two brothers, Jerome Tomko and James Tomko also preceded him in death. He was also preceded in death by his Mother, Caroline Sikora Tomko, and his father, Andrew Tomko. Ted was born May 12, 1938 in New Castle, Pennsylvania. Ted graduated from the University of Pittsburgh and attended grammar school at Union High School in New Castle, Pennsylvania. After college, Ted enrolled in the Army and served two years and then four years in the Army Reserve. Had the Bay of Pigs event escalated, Ted would have been in the first wave to fight. He also was a volunteer firefighter in Montoursville, Pennsylvania. He worked with his uncle, Mike Rudzik, at a golf course called Rolling Hills in New Bedford, Pennsylvania, that Mr. Rudzik and his wife, Mary Rudzik, owned. He worked at Republic Steel in Youngstown, Ohio. He also worked as a manager at Grant’s Department Store. After college, Ted was employed as an insurance adjuster at General Adjustment Bureau (GAB) for most of his career, where he managed many offices throughout Ohio, Pennsylvania, and then in Florida. Ted moved his family to many locations in those regions. Ted was an avid golfer most of his life, and he even spray painted golf balls bright colors so he and his cousins could golf in the snow at Rolling Hills. He was a member of Saint Rita’s Catholic Church in Wellington, Florida. Ted met his wife on a blind date arranged by his Army buddy, Earl and Earl’s wife, Doris, who worked with Jane. Ted and Jane were married on October 27, 1962 in Lebanon, Virginia. His captain in the Army told Ted he had one day to get to Lebanon, another to get married, and then a day to get back. A celebration of Life gathering will be held at Palms West Funeral Home from 10:30 – 11:30 a.m. A brief service will be held at Palms West Funeral Home at 11:30 a.m and will be conducted by Deacon Pete De Valle of St. Therese Catholic Church. Ted will be interred with his beloved wife, Jane, at Our Lady Queen of Peace Cemetery. Services will be held at 1:00 p.m. in the chapel of Our Lady Queen of Peace Cemetery followed by a grave site ceremony. In lieu of flowers the family asks that donation be made in Ted’s name to the American Diabetes Association.

The family of Theodore Tomko requests that in lieu of flowers, donations be made to the The American Diabetes Association.