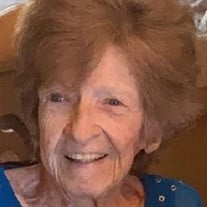 TOOMEY, Sally M. of Royal Palm Beach, FL formerly of Winthrop and Malden, passed away peacefully on October 14, 2020 at the age of 90. She was born on December 28, 1929 to the late Martin and Mary (Kelly) Long. Beloved wife of the late Joseph F. Toomey. She was the dear stepmother of MaryLou Nickerson of Whitman, Janet Dimento of Winthrop, Kathryn Kelly of Silver Spring, MD and Jo-Ann Costello of Ocean Park, ME. She was predeceased by her brothers James, John and Martin Long. She is survived by 9 grandchildren (Robert, Kathy, Jennifer, Todd, Michael, Sean, Teagan, Brendan and Colin), 13 great-grandchildren (Emily, Andrew, Caitlyn, Timothy, Gemma, Samantha, Molly, Michael, Malloy, Catherine, Keegan, Hanley and Hailey), 6 nieces and nephews (Kathy, Carole, Jimmy, Johnny, Marty and Mary) and sister-in-law Eleanor Long of Wakefield. Sally was retired from the New England Telephone Company. After the death of her husband, Joe, Sally moved to Florida, as she loved the sun and ocean! She was very active in her retirement years, with the Telephone Pioneers, which is a non-profit charitable, volunteer organization. She was an officer, member of the Forever Young Club, where she enjoyed many games of bingo, trips to the casino (she was very lucky) and socializing with friends. Sally was very proud of her Irish heritage, which she celebrated, in style, every St. Patrick’s Day! A friend wrote “Sally was always up for a party!” She was very active in her parish, Our Lady Queen of the Apostles, as a Eucharistic Minister. She had a strong devotion to the Blessed Mother as she always had the rosary by her side (and she was always misplacing them!) Many thanks to all of Sally’s friends and neighbors who assisted Sally when they noticed that her health was failing (especially Judy and Carl, her Canadian neighbors, Tony and Doris). I am Sally’s niece, Carole Pinette, and started managing her care three years ago. God puts people (Angels) in our lives at the right moment. The first angel is Geraldine (Sally’s visiting nurse early on in her health decline) who arranged for Sally’s 24-hour care. Geraldine’s words were “don’t worry everything will be okay!” Those words calmed my fears, of not having to put Sally in a nursing home, as I live out-of-state. Sally’s other Angels are Cheslande and Datie (who was her main caregiver). They treated Sally like she was their own grandmother/mother. The love, compassion and dignity they bestowed upon Sally, as she declined, will forever be etched in my heart. The above picture was from Sally’s 90th birthday celebration last December. They surprised her with her favorite meal, balloons and a cake. A picture tells a story – look at how happy Sally was!! I will forever be grateful for the Angels that were placed in Sally’s life three years ago! It is because of them that Sally was able to live out her final years in her own home! Rest in peace Sally. You were loved and will be missed by many. A memorial service will be held on November 6, 2020 from 1 to 3 p.m. (the priest will be conducting the service with readings and prayers at 2:30 p.m.) in the Chapel at Palms West Funeral Home, 110 Business Pky., Royal Palm Beach, FL. Memorial Contributions may be made in Sally’s name to the “Sweet Caroline ACC Research Fund” at The University of Michigan. https://leadersandbest.umich.edu/find/#!/search?keyword=331574

TOOMEY, Sally M. of Royal Palm Beach, FL formerly of Winthrop and Malden, passed away peacefully on October 14, 2020 at the age of 90. She was born on December 28, 1929 to the late Martin and Mary (Kelly) Long. Beloved wife of the late Joseph... View Obituary & Service Information

The family of Sally M. Toomey created this Life Tributes page to make it easy to share your memories.