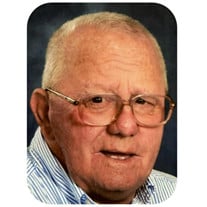 Peter John Bishop 1934-2022. The lord called him home at Morse Life on Wednesday March 16, 2022, in his 87th year. Peter was born in New York on September 9, 1934, to Walter and Frances Bishop. Peter joined the New York city plumber’s union at a young age where he worked for over 40 years and become a Union official. Peter meets the love of his life (his BRIDE as he always called her) Mary Bishop at age 16. They were married for 67 years in which was filled with laughter, love and adventure while raising 5 children Barbara, Peter, Denise, Patty, and Donna. In 1993 Peter and Mary relocated to Royal Palm Beach where he became very active in his church, Our Lady Queen of the Apostle. He was a Eucharistic minister and held many positions within the Knights of Columbus which became like a second family. Peter was a tireless and selfless volunteer with the Knight of Columbus. Peter loved doing his word search puzzles, watching his history channel and was a devoted New York sports fan especially the New York Mets. Peter was also the best poppy (papa) to all his 14 grandchildren and 18 great grandchildren. They all were the pride and joy of his life. The legacy of Peter’s kind spirit, passion for sports, and zest for life will live on through them. Peter enjoyed life, family, and the many friends. He was a person of deep faith and tried to serve others. Peter was an inspiration to all who knew him. He was always willing to help anyone. To those who had just met him they would become fast friends. There was nothing Peter liked more than an interesting conversation with a family member, good friend, or someone he just met. Although our hearts are heavy, we know he is with his Bride (our mom) and peacefully at home. We will celebrate his life and find comfort that he is watching over us. Viewing for Peter will take place at Palms West Funeral Home, 110 Business Parkway, Royal Palm Beach, Florida 33411 on Monday March 21, 2022, from 2-4 and 7-9pm. A funeral mass will be held Tuesday March 22, 2022, at 10:00 AM at Our Lady Queen of the Apostles, 100 Crestwood Blvd S, Royal Palm Beach, FL 33411

The family of Peter John Bishop created this Life Tributes page to make it easy to share your memories.