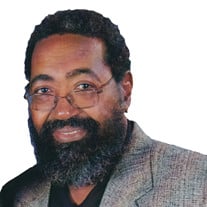 Percival Paul Beverley was born in Kingston, Jamaica to parents Alfred and Ethel Beverley. His parents migrated to the United States and he later followed them. He moved to Palm Beach, Florida after living in New York for 25 years. He attended Kingston College, Jamaica where he was a member of the Cadet core and developed a keen interest in Art and Botany. He later attended the University of the West Indies, Mona, Jamaica where he pursued a degree in Special Botany and obtained a Second Class Honors degree which took him on to pursuing a Masters Degree in Botany. Paul also obtained a Diploma in Education and taught at St. Andrews Technical High School in Kingston. In 1981 he emigrated to United States. Here he successfully changed fields completely and opted for a career in re-insurance where he remained for more than a decade. At High School he developed a keen interest in Botany and Art. The former he pursued as an academic career and the latter he continued as a hobby. One area of passion was World Politics. Paul was a voracious reader. Each morning he got up early to read all the world newspapers with particular focus on the Caribbean. His special interests included music. He played the piano, guitar and possessed a beautiful baritone voice. His interest in sports ranged from soccer to basketball to golf to tennis to track and field to motor car racing. Many hours were spent each day on his Flight Simulator which took him to many difficult airports in distant lands. Sometimes we wondered if he did not miss being a commercial pilot. Paul died peacefully early on September 18, 2019. Paul was a wonderful husband, surrogate father, guardian, friend and uncle. He was predeceased by his siblings, Peter, John and Marlene and his parents Ethel and Alfred. He will be lovingly remembered by his brothers; George and Richard, nephews and nieces; Sadiki Lue, Richard Jr., Janet, Karen, Kerry-Ann, Karlene, Robert, Richard, Marion, Marilyn, Arlene, Sharon, Leslie, Suzanne, Allan, Natasha, Leon, Graeme, Dyann, Damian, Rene, Vaughn, Carla, Darryl, Vladimir, Karl, Dara, Zack Natalya Morris, Michelle & Maya Forrester, Ginelle Pennycooke and many others; grandchildren Saleem, Samir and Sophia Ann; and a host of lifelong friends. He will be greatly missed.

Percival Paul Beverley was born in Kingston, Jamaica to parents Alfred and Ethel Beverley. His parents migrated to the United States and he later followed them. He moved to Palm Beach, Florida after living in New York for 25 years. He attended... View Obituary & Service Information

The family of Percival Paul Beverley created this Life Tributes page to make it easy to share your memories.

Percival Paul Beverley was born in Kingston, Jamaica to parents...