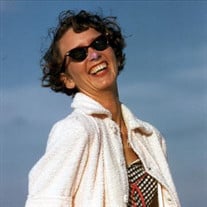 Patricia Helen Kennedy, a resident of Delray Beach for more than 60 years, and more recently West Palm Beach, passed away on June 5, 2021. She was 92 years old. Originally from West Orange, NJ, Patricia Kennedy moved to Delray Beach in 1956 with her parents Charles and Helen McConnell, and her two children, Thomas and Megan. After returning to the University of Florida to obtain a bachelor’s degree the following year, she began a 32-year long career as a public school teacher, first at Seacrest High School, and later Atlantic High School. Throughout her career Mrs. Kennedy taught Spanish, Journalism, Television as Media, and English. Shortly after arriving at Seacrest, she became the sponsor of The Squall, the student newspaper at Seacrest High, and then Atlantic High. She picked up the nickname “PK” from an early staff, and thereafter, she was known that way to decades of her students. Her staffs earned numerous awards from the Florida Scholastic Newspaper Association as well as “All-American” honors. A plaque from her staff that earned that honor, proudly displayed in her bedroom, read “Thank You for Your Devotion, Patience and Hours of Squall Work; Because You Were P.K., We Were All American.” It really captured the nature of her work with students to who she was fiercely devoted. As a teacher, she worked tirelessly and passionately to help her students identify and realize their gifts. She loved her work as a teacher and took great pride as her students went out into the world to build their own lives as adults. Many former students kept in touch over the years with personal visits, calls, and letters. After stopping as the sponsor of The Squall, Mrs. Kennedy continued to support extra-curricular activities by helping coach an intramural volleyball team until her retirement in 1991. Her work as a teacher earned her a nomination as “Educator of the Century” - an award sponsored by the Sun-Sentinel and SunTrust Bank in 1996. While a teacher, Mrs. Kennedy indulged her love of adventure and travel by taking Spanish National Honor students to participate in college study abroad programs in México, Colombia, and Spain during many summers. Those overseas trips inevitably led to long-term relationships with families from these countries, reflecting her love of meeting new people and engaging with them deeply. In addition to this travel as an immersive experience with other cultures, Mrs. Kennedy burnished her own love of the Spanish language by earning a masters degree in Spanish from Florida Atlantic University. After retiring as a teacher, Mrs. Kennedy spent 17 years as a volunteer at the Caring Kitchen, greeting the homeless who were seeking nourishment and fellowship there each Friday. In addition, she avidly followed the exploits of her beloved Miami Marlins baseball team and doted on her own grandchildren, great grandchildren, and grand nieces and nephews. She was pre- deceased in death by her parents Charles and Helen McConnell, and her brother Gerald McConnell. She is survived by her children Thomas Kennedy (Barbara), Megan Nienhouse (Dan), grandchildren Cole Ziebarth (Hannah), Chaitra Odom (Patrick), Alexandra Kennedy, and great grandchildren Keaton and Thatcher Ziebarth, and Peyton and Jase Odom, as well as her niece Patricia McConnell Murray (Joe) and nephews Kevin (Melissa) and Sean McConnell (Tanya), her cousin Jana Vickers who was like a sister to her, and Rob Kennedy who called her his “Florida Mom,” sister-in-law Mary McConnell, and her beloved caregivers Vinnett Lee and Carolyn Chin, as well as other cousins. A graveside service will be held at 10:30 a.m. on Saturday, June 12, at the Delray Beach Memorial Gardens Cemetery, 700 SW 8th Ave., Delray Beach, FL 33446. In lieu of flowers, donations can be made to the Palm Beach Animal Control, The Lord’s Place, or the Caridad Center in Boynton Beach. Recognizing the challenges of this pandemic year, alternatively you can get in touch with the family to share favorite memories of “PK” so we can preserve her legacy for future generations.

The family of Patricia Helen Kennedy created this Life Tributes page to make it easy to share your memories.

Patricia Helen Kennedy, a resident of Delray Beach for more than...