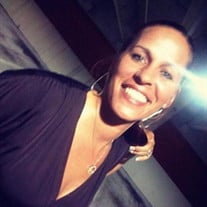 Dr. Mary Carmen Cauthen, 51, gained her angel wings on April 21, 2020 at Palms West Hospital with her husband physically by her side and her dearest children, family and friends virtually by her side. This angel was born on... View Obituary & Service Information

The family of Dr. Mary Carmen Cauthen created this Life Tributes page to make it easy to share your memories.