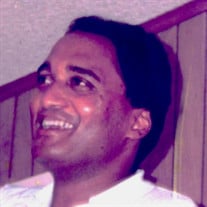 Leary Winston McGee, 65, of Riviera Beach passed away suddenly on January 29, 2021. Leary was born at Beth Israel Medical Center in New York, NY on March 11, 1955 to Leary and Gwendolyn McGee. He spent the majority of his childhood in Manhattan and the Bronx. In 1970, the family moved down to Riviera Beach, FL. His father introduced him to the carpentry trade. He graduated from Suncoast High School in 1973. Shortly after graduation, he headed back north to the Bronx where he lived with family and close to his cousin Jeffrey. He eventually met Diane Bowser whom he married on June 30th 1979. They had 2 children together, Lisa Marie and Zachary Wayne, whom he adored. Although the union did not last, he remained a devout father and a constant influence in their lives. He enjoyed teaching his children rules and life lessons and stressed the importance of education. He enjoyed bringing his son to karate and boxing classes. As a career, he was a skilled carpenter tradesman for over 40 years and a member of the Union Brotherhood of Carpenters in NYC. His hobbies included trading stocks, commodities, the forex markets and indulging in entrepreneurial pursuits with his brother Steven. In 2012, he moved to Los Angeles for a year to live with his daughter Lisa whom he had a close relationship with and was his pride and joy. He loved “California Dreamin’” and would often say “West Coast is the Best Coast”. He enjoyed spending time with his cousin Danny Bell and his wife Jean while in L.A. In Late December of 2013, he moved back to Riviera Beach to be with his family after his father’s passing. He loved being a grandfather to Nina Marie whom he doted on religiously. He was proud of his new grandson Dominick and would often brag about his modeling work. Leary had a larger than life, direct, blunt personality and he lived his life on his own terms. Like Frank Sinatra said “I did it my way”. He can never be replaced and will be sorely missed by his family and friends. He is survived by his mother: Gwendolyn McGee; his children: Lisa Marie, Zachary McGee and his daughter-in-law Deborah Spoto; his grandchildren Nina Marie and Dominick; his Brothers: Kevin and his wife Deborah, Steven and his wife Audrey and Bruce. His nephews: Wesley and Steven McGee; His nieces: Chelsea and Jasmine McGee; His cousins: John Ahmed, Jeffrey Ahmed, Wendy Ahmed Byndloss, Robin Maitland, Jack Ahmed and Michael Ahmed.

Leary Winston McGee, 65, of Riviera Beach passed away suddenly on January 29, 2021. Leary was born at Beth Israel Medical Center in New York, NY on March 11, 1955 to Leary and Gwendolyn McGee. He spent the majority of his childhood in Manhattan... View Obituary & Service Information

The family of Leary Winston McGee created this Life Tributes page to make it easy to share your memories.