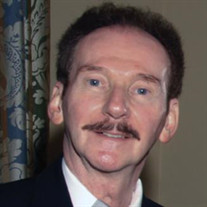 JOSEPH A. BALIK OBITUARY Joseph A. Balik entered eternal life on June 8, 2021. He was the loving and devoted husband of 49 years of Michele, nee Fraraccio, and the caring and nurturing father of his daughter, Antionette. Joe was born in 1946 in Jersey City, N,J. to the late George and Elizabeth Balik and was raised in Bayonne, N.J and attended St. Patrick’s High School in Elizabeth, N.J. receiving his degree from St. Peter’s College in Jersey City. He proudly served his country in the United States Air Force. Joe worked in project management for the Hess Corporation and the Kulman Dining Car Company and upon relocating to Royal Palm Beach in 1997 joined Florida Power and Light, later embarking on a new career as a self employed investment broker and private capital manager. Joe is survived by his wife and daughter, his sister Eleanor, his brother in law and sister in law Michael and Elizabeth Fraraccio, another sister in law Joanne Balik, and a host of nieces. nephews and grandnieces and grandnephews. He is predeceased by his brothers, George and Andrew, George’s wife Domicella and his mother in law, Gloria Fraraccio. Joe lived an active life, centered mostly about his beloved family and friends. He was an expert designer and builder who could recognize a need, design and implement a solution. He was wonderfully creative and innovative. He loved to travel, enjoyed good food and attending all kinds of events. Joe was a real “people person” who, although quiet and soft voiced, seeming almost shy, could walk into a group of new people and make a host of new friends. He was always interested in current affairs and politics – and up to date. A high point of Joe’s life came when he, Michele and Antoinette attended both the inauguration and ball for President George W. Bush in 2000. Joe was first and foremost a loving husband and father. Joe was a devout and faithful Catholic who didn’t leave his Christian faith and principles at the church door but lived them every day and was an example to others. There will be a viewing for the immediate family at the Palms West Funeral Home and Crematory, 110 Business Park Way, Royal Palm Beach, Florida at 9 AM on Tuesday, June 29th. In lieu of flowers, the family suggests a contribution to the American Cancer Society. Mass will be celebrated at St. Edward’s Roman Catholic Church. 144 North County Road, Palm Beach, Florida at 11 AM on Tuesday, June 29th. Internment will take place at the South Florida National Cemetery, 6501 South State Road 7, Lake Worth Florida at 2 PM on Tuesday. June 29th

JOSEPH A. BALIK OBITUARY Joseph A. Balik entered eternal life on June 8, 2021. He was the loving and devoted husband of 49 years of Michele, nee Fraraccio, and the caring and nurturing father of his daughter, Antionette. Joe was born in 1946... View Obituary & Service Information

The family of Joseph Andrew Balik created this Life Tributes page to make it easy to share your memories.