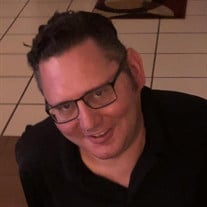 Kuncl, Jonathan Robert of West Palm Beach passed away on February 25, 2022, at the age of 39. He was born on February 24, 1983, at Good Samaritan Hospital, son of Audrey Kuncl. He attended Wellington schools and graduated from Wellington High School in 2001. Jon was very intelligent, well mannered, fun loving, handsome, and hard working. As a child, Jon enjoyed playing many different sports such as baseball, karate, and hockey. He was also very curious about how things worked and could often be found taking apart different electronics just so he could investigate its parts and how they worked. As he grew older, he enjoyed hanging out with his friends, fishing, surfing, and skateboarding. Jon graduated from FSU with his engineering degree and landed a job as an engineer right away. Shortly after beginning his career, Jon went through a very difficult time after losing many people he was close to; however, he was elated to be starting a new chapter in his life with a wife and eventually 2 beautiful little girls. No matter his age, Jon’s real love was being with his family. He was close to his mom, sister, cousins, aunts, uncles, and grandparents. He was truly everyone’s best friend. There are no words to describe how much he will be missed. Jon is survived by his wife Meredith, his two daughters Evelyn and Charlotte, and many other family members. Jon was preceded in death by his mom Audrey, his sister Nikki, his uncle Vik, and his grandparents Catherine and Jack. Services are being handled by Palms West Funeral Home in Royal Palm Beach. Memorial Gathering will be on Friday, March 4, 2022, at 10:30am and services begin at 11:30am.

Kuncl, Jonathan Robert of West Palm Beach passed away on February 25, 2022, at the age of 39. He was born on February 24, 1983, at Good Samaritan Hospital, son of Audrey Kuncl. He attended Wellington schools and graduated from Wellington... View Obituary & Service Information

The family of Jonathan Robert Kuncl created this Life Tributes page to make it easy to share your memories.