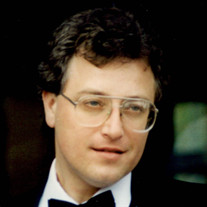 John Braica passed away at JFK Medical Center in Atlantis, FL on May 10, after several years of declining health. John had been living with a surgically implanted life-sustaining heart pump since his suffering from heart failure in 2017. Born in Providence, RI and raised in Toms River, NJ, John graduated from Toms River North High School and attended Seton Hall University, where he majored in computer science and was a member of the NJ Gamma Chapter of the Sigma Phi Epsilon fraternity. For much of his adult life, he lived in Union, NJ, then moved to West Palm Beach in 2018. John had an unusual, innate understanding of computers and other complex devices and was well known among family and friends for his ability to diagnose and repair appliances, computers, cars, motorcycles, and more. Employers sought out John’s computer skills even while he was still a college student. Over the course of his career as a data specialist and programmer, he developed and maintained large data bases for several major corporations, including the container shipping multinational Sealand. In his spare time, he pursued many interests, such as ham radio and genealogy. John is survived by his parents Andrew R. Braica and Ursula M. (Sheehan) Braica of West Palm Beach and his brothers Robert V. Braica (Colleen) of Toms River, NJ and Paul D. Braica (Kathleen) of Boca Raton, FL. He also leaves behind his nieces Kaitlyn, Lauren, and Catherine, and his nephew William. At the end of his life, John was under the extraordinary care of Dr. Waqas Ghumman and his team at JFK Medical Center in Atlantis. John’s family is eternally grateful to Dr. Ghumman and his team, as well as Dr. Rev. Gabriel Ghanoum, who guided John during his period of ill health. The family asks well wishers to please support Father Gabriel’s efforts by mailing donations to the No One Buried Alone charity, at St. Nicholas Catholic Church, 5715 Lake Ida Road, Delray Beach, Florida 33487.

John Braica passed away at JFK Medical Center in Atlantis, FL on May 10, after several years of declining health. John had been living with a surgically implanted life-sustaining heart pump since his suffering from heart failure in 2017. Born... View Obituary & Service Information

The family of John A Braica created this Life Tributes page to make it easy to share your memories.