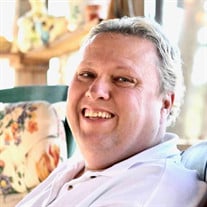 Obituary Jean Pierre Czernowski Our much-loved, Pierre, age 64, of Lake Worth, FL passed away and was called home to be with The Lord on September 25, 2020 after a prolonged illness. It was widely known that Pierre loved others deeply, cared immensely, and served his Savior faithfully. After his retirement as a career paramedic and firefighter, with the city of West Palm Beach Fire Dept., he served the community with Youth for Christ in Palm Beach County. He then began a charitable ministry, Hand of Mercy, aiding and serving untold numbers in the local community for years. He was also a member of Florida Gardens Baptist Church. Known as “The Gloveman”, Pierre was also an avid sports fan but none compared to his passion for the game of baseball and his beloved Boston Red Sox. He was preceded to Heaven by his dear wife, Yvonne, his parents John and Janine, and his sisters Bernadette and Michelle. He is survived by his loving family including their children, Kim (& Graham) and Katie (& John) Czernowski, and Trish (& Mike) Spell. His brother, Eric (& Jeanne) Czernowski. His grandchildren, Kaylee Czernowski, Cameron Landreth, and Keaton, Lauren Kate, and Kara Spell. His Great-Grandchildren, Ava Grace Spell as well as many nephews and nieces, numerous Crosby in-laws, and his girlfriend,Patti Verbanac, and scores upon scores of friends. Funeral Services will be held Saturday, October 3rd at 1:00pm at Florida Gardens Baptist Church in Lake Worth, FL with internment at Lake Worth Memory Gardens, afterwards. The family wishes to thank all of those who have supported, ministered, and positively impacted Pierre and his family over the years. For these, we know that your life will have been changed because of Pierre Czernowski. In lieu of flowers, please consider donations to: https://elev8hope.org/donate/

Obituary Jean Pierre Czernowski Our much-loved, Pierre, age 64, of Lake Worth, FL passed away and was called home to be with The Lord on September 25, 2020 after a prolonged illness. It was widely known that Pierre loved others deeply, cared... View Obituary & Service Information

The family of Jean Pierre Czernowski created this Life Tributes page to make it easy to share your memories.