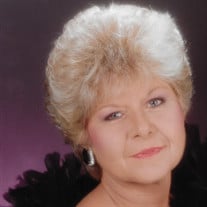 Janet Fonk, 74, our beloved wife, mom, grandma, sister and aunt passed away on Saturday, November 21, 2015, after a valiant battle with Lung Cancer. She was a long time resident of West Palm Beach, FL. Janet was born on August 10, 1941, the daughter of the late Bud and Helen Ross and sister of the late Barbara Kurtz. Janet was grew up in Decatur, IL. but has resided in south Florida since 1968. Janet loved collecting angels, reading, sewing/creating things and the holidays. If anyone had a baby, they could always rely on Jan for sending a specialized burp cloth or two. Janet worked at Pratt-Whitney for many years and then went into private consulting for many major corporations. She graduated from SIU and received her Master's and Doctorate (minus dissertation) from Nova University. Jan’s greatest joy was her family. She leaves behind the legacy of a beautiful family who adored her and many friends who clearly loved her as well. Janet is survived by Dennis, her husband of 47 years; her daughter Johanna “Jodi” ( & Jimmy) Ellis, and her two grandchildren, Jillian & Jeremy. She is also survived by her brother, David (& Cheryl) Ross; her Aunt, Chris Dreschel; her brothers-in-law, A. Conrad Kurtz and Alan J. Fonk; and her many nieces and nephews - Stacy, Eric, Lisa, Phillip, Sandy, Mike, Chad, Jessica, Emily, Billy, Autumn, Jenny, James, Kayla, Mackenzie, Erin, Grant, and Carly. A Celebration of Janet’s life will be held at the Palms West Funeral Home on Wednesday, December 2nd from 5 to 7 PM with services beginning at 7 PM, followed by her entombment on Thursday, December 3rd starting at 11 AM at Boca Raton Mausoleum. In lieu of flowers please feel free to either donate to TrustBridge of the Palm Beaches (Formerly Hospice of Palm Beach County) or the American Lung Association for the fight against lung cancer.

Janet Fonk, 74, our beloved wife, mom, grandma, sister and aunt passed away on Saturday, November 21, 2015, after a valiant battle with Lung Cancer. She was a long time resident of West Palm Beach, FL. Janet was born on August 10, 1941, the... View Obituary & Service Information

The family of Janet Eleanor Fonk created this Life Tributes page to make it easy to share your memories.