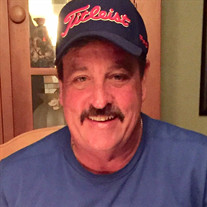 Brian Joseph Kelly, a fiercely beloved husband, father, brother, uncle, godfather, boss, coach, mentor, and friend, passed away peacefully on September 5, 2019, surrounded by his family. He was born to John and Angela Kelly in Fort Lauderdale, Florida. Brian graduated with honors from Northeast High School in 1979 and continued his education at Santa Fe College and the University of Florida (Go Gators!). After returning home, Brian met the love of his life, Christine Kelly, and the two married in June of 1988. He was preceded in death by his brother, David Kelly, and his sister, Kathy Kelly Bohlander. He is survived by his children, Kimberly Kelly, Brooke Kelly, John Kelly, and Thomas Kelly; his soon-to-be son-in-law, Eddie Averhoff; his sisters, Jackie Kelly Mazzaglia and Marlene Kelly Kaydas; his brothers-in-law, Billy Bohlander, Bob Mazzaglia, and Larry Kaydas; and his many nieces, nephews, and cousins. Should loved ones desire, contributions in Brian’s memory may be sent to the Trustbridge Hospice Foundation.

The family of Brian J. Kelly created this Life Tributes page to make it easy to share your memories.